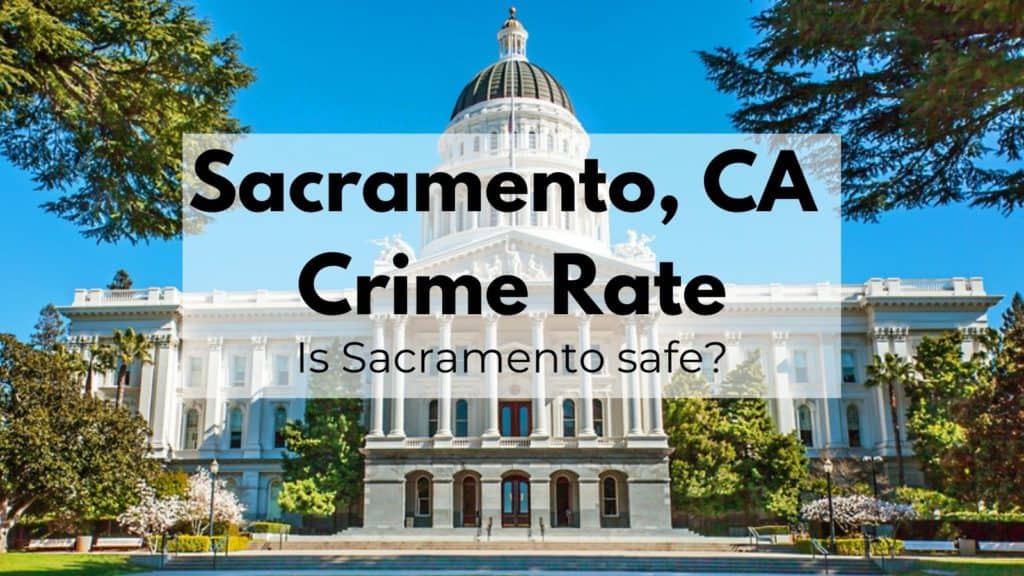 Sacramento is the capital of California, and sixth largest city in the state. It’s a vibrant hub of political, cultural, academic and economic activity, and is growing at a rapid pace. There are plenty of exciting reasons to move there – there’s great healthcare, beautiful weather, and it’s considered to be the most diverse city in America. If you’re planning a relocation to Sacramento, there’s a lot to look forward to! However, it’s also important to take crime and safety into consideration.

Every major city deals with its fair share of crime, including progressive cities like Sacramento. Overall, crime in Sacramento decreased by about 9% between 2019 and 2020, but within that decline, certain numbers greatly fluctuated depending on the neighborhood you live in. So what exactly does that mean for you? Our guide will provide you with all the latest crime statistics, most and least safe Sacramento neighborhoods, and so much more so you can make an informed decision about where to live.

Understanding the Crime Rate in Sacramento

Whenever possible, you should take a look at a city’s crime map to get a better understanding of where these kinds of incidents occur because it can vary wildly based on the neighborhood you’re located in. These days, police departments or city government websites provide interactive maps so that current and prospective residents can review criminal activity chronologically and/or geographically. Thankfully, the City of Sacramento provides extensive crime statistics on their website, as well as an interactive map. If you would like to access Sacramento’s crime map, click here.

Crime in Sacramento fluctuated between 2019 and 2020, and violent crime rates were no exception. Murder rates increased by almost 30%, and assault cases rose by 11.34% Aggravated assault rising 23.63% accounts for most of this increase. However, there was some good news with respect to violent crime in Sacramento. The city saw a 15.4% decrease in robberies, incidents of rape was 1.57% lower.

Is Sacramento a dangerous city? When it comes to big cities, high crime rates do not apply evenly across the city geographically. There are always areas in which more crimes occur, and it’s important to learn the more dangerous neighborhoods in Sacramento, including:

The violent crime rate in Parker Homes is 1,154% higher than the national average. It’s possible that the high poverty rate in the area is a factor – almost 10% of Parker Homes residents are unemployed, and over 30% receive food stamps.

Del Paso Park is also a small community in Sacramento in which the crime rates are very high. Total crime is 283% higher than the national average, and violent crime is upwards of 457% higher. Sacramento residents have a 1 in 11 chance of being the victim of a crime in Del Paso Park. Experts attribute the high rate of violent crime in the area to gang violence.

The crime rate in Midtown Sacramento is 382% higher than the national average, and your chances of being the victim of a crime here are 1 in 9. Property crime is especially high here, perhaps due to the high rate of homelessness in Midtown.

Below are just a few of the best rated Sacramento neighborhoods with low crime rates, including:

River Park is a close-knit community that prides itself on its low crime rate, which is 67% below the national average. The River Park Neighborhood Association has developed a Neighborhood Patrol, which provides residents an extra sense of security.

Natomas Park is an affluent area, with residents having an average household of $97,700. Natomas Park is extremely safe: total crime rates are 60% lower than the national average, and your chances of being the victim of a crime in Natomas Park are 1 in 100.

Sacramento Safety Tips – How to Avoid Crime in Sacramento

Though Sacramento is a large city, there are a few things you can do to help avoid being a victim of a crime. Some of these things include: 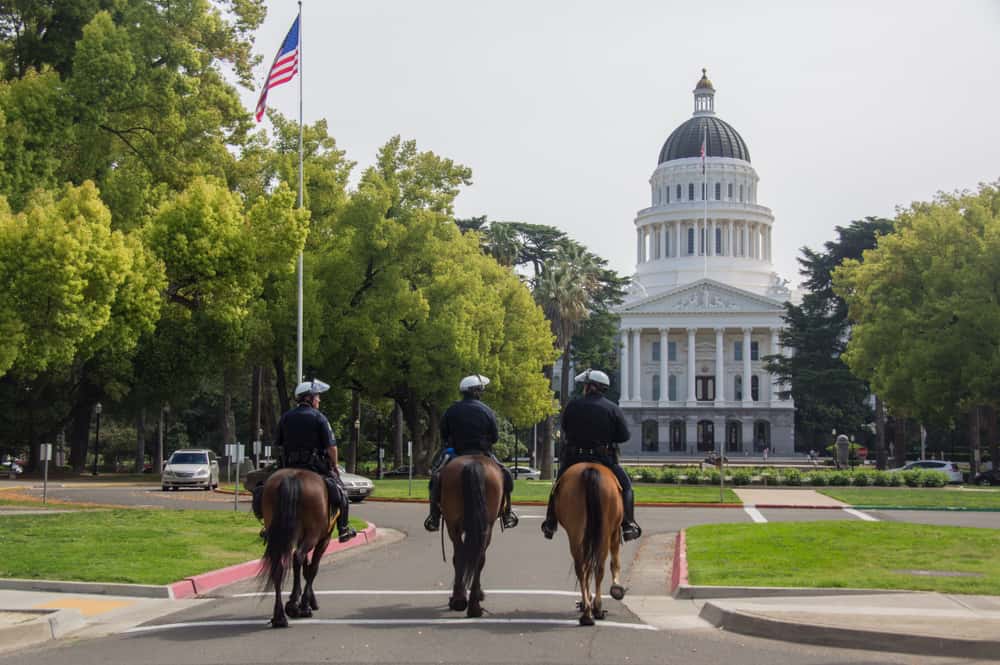 The Sacramento Police Department was founded back in 1849 in response to rampant crime and violence in the city. N.C. Cunningham was named the first City Marshall, and he and two deputies were tasked with enforcing the law. The following year, the city repurposed a moored ship named LaGrange as the first police station and jail. Today, the Sacramento Police Department employs 678 sworn officers and 315 civilians, or 1.3 per 1000 residents. The current chief of police in Sacramento is Daniel Hahn, the city’s first African American chief of police, who was sworn in in August 2017. You can access daily Sacramento crime reports here.

What is the crime rate in Sacramento, California?

Sacramento’s total crime rate is 3,809 per 100,000 people. Within the state of California, Sacramento is safer than 10% of other cities. People living in Sacramento have a 1 in 27 chance of being the victim of a crime.

What are the worst areas of Sacramento?

What are the safest areas of Sacramento?

Making a move to the Sacramento area? Mother Lode Moving is ready to assist you! Make sure you’re putting your move in the best hands in Sacramento. Call us at 650-000-0000 to get your free quote!