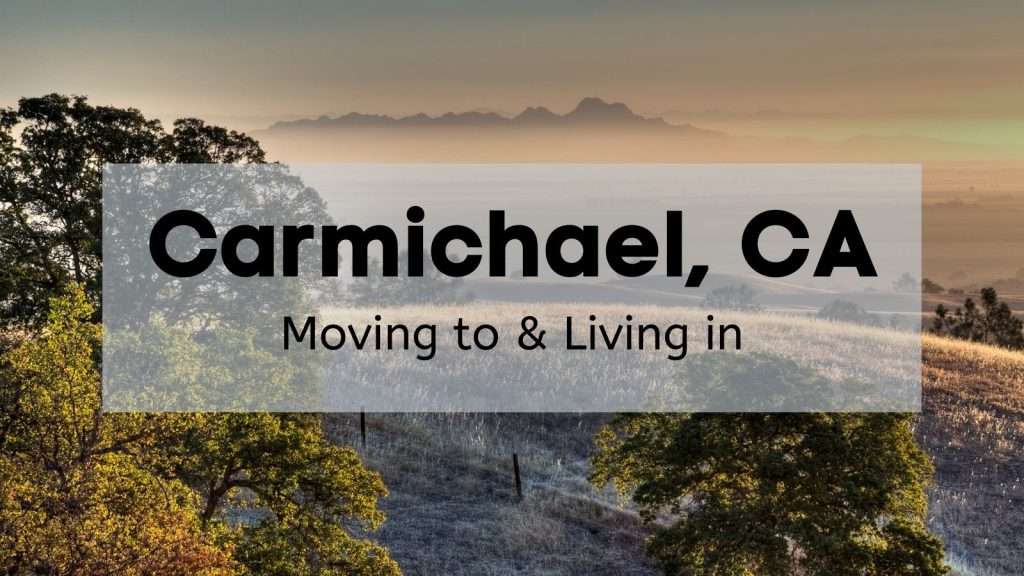 Carmichael, named for the Californian developer Daniel W. Carmichael, is a middle-class suburban census-designated place, neighbor to Sacramento and located in Sacramento county. Carmichael is primarily known for its parks, restaurants, shopping areas, and Sacramento area events, which are commonly hosted there. Carmichael began as a development by the aforementioned Daniel Carmichael on a large Mexican land grant during the early 20th century. Developing two separate communities, they were eventually melded into Carmichael as one proper community. With loads of attractions, lovely California weather and scenery, and quick commutes to Sacramento, Carmichael is a great place to live and moving to Carmichael is a move you won’t regret!

Where is Carmichael, CA?

Carmichael is in Sacramento County, about twenty minutes east of Sacramento. Carmichael is located within the Sacramento-Roseville-Folsom, CA metro area, and is bordered by Rancho Cordova, Citrus Heights, and Arden-Arcade. The distance from Carmichael, CA to Sacramento, CA is 10.7 miles.

The population of Carmichael is 75,642 distributed over 15.6 miles at a population density of about 4,900 people per square mile. The median age here is 41.2, and 15.1% of residents are foreign born, 46% of whom come from Asia. 33.1% of Carmichael’s population has a bachelor’s degree or higher certification.

Is Carmichael, CA safe? Property crime is a slight problem in this community, but violent crime not so much, meaning Carmichael is still a safe community to live in. According to Bestplaces, Carmichael’s overall crime rate is just around the national average, with 353 crimes annually per 100,000 people. The property crime rate is 5% higher than the national average, while the violent crime rate is 2% lower. While Carmichael certainly isn’t crimefree, simple precautions will make most problems with crime in the area a non-issue. The community of Carmichael is served by the North Division of the Sacramento Sheriff’s Office.

Cost of Living in Carmichael, CA

According to the Economic Policy Institute, a family of four will need a yearly income of $92,263 to live here.

If you want to make yourself a part of this community, you should check out the latest listings for homes for sale in Carmichael, CA.

Want to know about what sort of price tag you’ll be paying for daily expenses in Carmichael? Check out these everyday expenses for Carmichael, provided by Numbeo and Doxo.

Carmichael doesn’t necessarily have mature, developed neighborhoods just yet, so the most important thing for prospective Carmichael residents is where high-value and affordable property is. See Carmichael’s neighborhoods and real estate below:

Most of the high-value property is concentrated in the southern portion of Carmichael, near Rancho Cordova and Arden-Arcade. This portion is also closest to Sacramento, so is a good spot for commuters! The affordable property, meanwhile, is on the northern edge of Carmichael, where property is more sparse, and near Citrus Heights.

According to the Koppen Climate Classification, Carmichael is a mediterranean climate. This part of California is well beloved for its great weather, and Carmichael is no different. You can expect lows of 39 degrees Fahrenheit during the winter months, and highs of 93 degrees Fahrenheit during the summer months. Carmichael gets somewhat less than the average amount of rainfall for the United States, with 20 inches per year as compared to 38. Carmichael generally does not experience snow. The best times to visit Carmichael, in terms of comfort rating, are May and October.

Carmichael and her neighbor city of Sacramento, like much of the region, are subject to semi-regular earthquakes, although they are very rarely severe.

Things to Do in Carmichael

Another excellent park, with a golf course – something you certainly don’t see in every park! It also contains riverside walking paths with ancient oaks, for a truly beautiful outdoor area!

Places to Eat in Carmichael, CA

Alongside its host of things to do, Carmichael is also home to plenty of great eats! Check out some of the best places to eat in Carmichael, California below:

Enjoy classic American cuisine in a casual environment with a sports bar and great dishes like sandwiches and hamburgers!

Mongolian food is among the less common ethnic foods one will find in the States, but Li’s is sure to please with tastes from the steppe.

Who doesn’t like a good Mexican place? Rey Azteca is compact, has great Central American dishes, and even has the occasional live music performance!

Carmichael is served by one school district, the San Juan Unified School District. Within Carmichael’s limits, the district services 13 elementary schools, 7 junior high schools, and 3 high schools, although many Carmichael high school students also attend high schools in adjacent Citrus Heights and Arden-Arcade. There is a veritable wealth of choices for parents concerned about their children’s education!

Students and others in Carmichael are served by the Carmichael branch of the Sacramento Public Library.

As a largely residential community, with many commuting to Sacramento for work, there’s not much in the way of a local economy, but you’ll still be able to find good work in Carmichael! According to Payscale, the most popular positions of employment are Office Manager, Director of Operations, and Human Resources Director. The most popular employer in Carmichael is Eskaton. The average salary for a worker in Carmichael is $76k a year, while the average hourly wage is $20.15.

See the latest openings for jobs in Carmichael here.

Explore Carmichael’s large variety of things to do, places to eat, and more with this map!

Planning on living in Carmichael, California? Give Mother Lode Moving a call at 916-631-4285! With a crew of 5-star, professional Carmichael movers, Mother Lode Moving more than ready to make any kind of move easy, quick, and all at an affordable price! Call now or fill out our online form for a free quote!