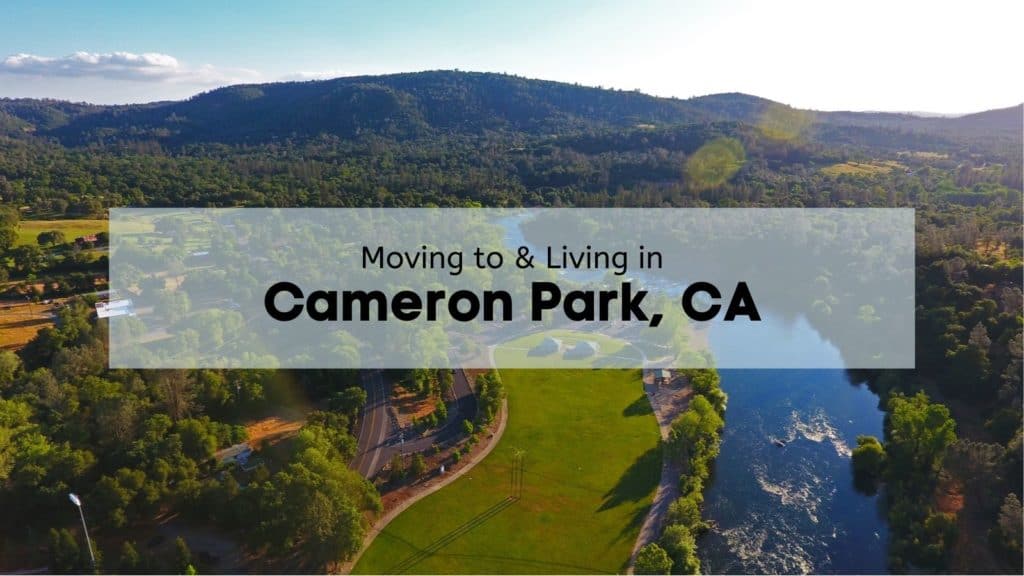 Located in the beautiful foothills of the Sierra Nevada, Cameron Park is one of the most interesting little towns in California. A census-designated place in Northern California’s El Dorado County, Cameron Park is primarily known for its Airpark Estates. Yes, many Cameron Park residents have privately-owned planes, which, combined with Cameron Park’s wide and open roads, allow people to commute to work — in their airplanes! A nearby airport expounds this focus on air travel, but don’t let that get you down if you aren’t one of few Americans to own their own private aircraft — Cameron Park still has plenty for the average landlubber. Proximity to the Sierra Nevada naturally means plenty of great hiking, and, despite the town’s relative youth, there’s many Amerindian historical sites here, such as burial mounds. Cameron Park is sure to provide one of the most unique living experiences in the country!

The town of Cameron Park has a population of 19,171 distributed over 11.2 miles at a population density of about 1,700 people per square mile. The median age here is 45.3, which is quite a bit older than the California average of 36.5. The median household income in Cameron Park is $79,814, somewhat higher than the average household income for the state of California, being $75,235.

Cameron Park’s zip code is 95682, while the area code is 530. Cameron Park is the closest human settlement to the Pine Hill Ecological Reservation, but in terms of nearness to cities or other population centers, the closest is Sacramento, which is thirty miles away. While not totally cut off from civilization, Cameron Park is out there.

Cameron Park’s luxury homes can make it a pricey place to buy property, but other utilities are relatively affordable, with the cost of living here being 39% higher on average than other places in America, according to Payscale (using data for Folsom CA). Homes in Cameron Park will cost you around $742,498, quite an asking price, but well-valued with the opportunity in the local community. If you choose to move to Cameron Park, you should expect to pay more for things like groceries and transportation, but less for utilities. Cameron Park’s renting is just around what you’d expect of California, if not a little cheaper, at $1,455 per month on average.

Cameron Park certainly has a stark entry fee, that’s for sure, but the unique community and opportunity available here is unable to be reproduced anywhere else!

Cameron Park is served by the small but prestigious Sierra Sands Unified School District, of which 80% of schools are rated “Above Average”. Cameron Park is pretty isolated, so there are only two public schools in the area, but there are private schooling options. Some highlights in terms of local schools include the Blue Oak Elementary School and Camerado Springs Middle School, both of which are excellently rated by GreatSchools. Rest assured, your child will be in good hands during your stay in Cameron Park!

Like most of the southern three-fourths of California, you won’t have to worry about snow while living in Cameron Park, but its position in the Sierra Nevada also means it can get quite hot. You can expect lows of 37 degrees Fahrenheit during the winter months, and highs of 92 degrees Fahrenheit during the summer months. Cameron Park experiences just around the average amount of rainfall when compared with the rest of the United States, with 37 inches per year as compared to 38. Meanwhile, Cameron Park doesn’t experience snow outside of freak weather events. The best times to visit Cameron Park, in terms of comfort rating, are May and October.

Cameron Park is a pretty small place, all things considered. In some cities, this would be considered a neighborhood itself. However, there are still distinct communities for you to insert yourself into! Check out some of your neighborhood options below:

Of course, the most famous of Cameron Park’s neighborhoods is the Airpark Estate, where many residents fly instead of drive to work, facilitated by the area’s wide and well-maintained roads. Nearby, there’s also a man-made lake with a park and trails on its coastline. The lake is also the site of the annual Summer Spectacular, held on or around July 4th, as well as a barbeque festival, sanctioned by the Kansas City Barbeque Society. There’s plenty to Cameron Park’s community!

If you want to make yourself a part of any of these communities, you should check out the latest listings for homes for sale in Cameron Park, CA.

Those planning on making a living in Cameron Park should know that wages and cost of living have been relatively static, according to Payscale. The most popular positions of employment are Caregiver, Dental Hygienist, and Medical Biller. The largest employers in the area are Eskaton and Safeway, Inc.. The average salary for a worker in Cameron Park is $62k a year, while the average hourly wage is $15.94.

Cameron Park’s primary industry is healthcare, but it’s also worth mentioning the robust aviation infrastructure and potential jobs it could provide. There’s plenty of opportunity here! Check out the latest listings for jobs in Cameron Park, CA here.

Things to Do in Cameron Park, CA

While it may seem like this area is too spread out to have good fun, Cameron Park is home to plenty of fun attractions for family-friendly entertainment, and excellent shopping opportunities. Check out shopping centers nearby like the Burke Junction Shopping Center for all your shopping needs! You should also check out some of the best things to do in Cameron Park, CA below:

A man-made like just outside Cameron Park’s Airpark Estates, this area is host to events like firework shows and barbeque cook-offs, as well as a lovely park and equally lovely trails tracing the lake’s circumference, Cameron Park Lake is the perfect place for the whole family to relax!

Less a park and more like a YMCA community gym, the Cameron Park Community District has a large public pool for swimming, various indoor fixtures, courts for sports, and more. If you’re feeling more on the sporty side, the Community District is the perfect place for you!

Alongside its host of things to do, Cameron Park is also home to plenty of great eats! Check out some below:

An immutable law of the universe is that wherever there are humans, there is also a pizza place, and Cameron Park is no different. Wally’s Pizza Bar is a favorite among clientele here for its wonderful dishes and fantastic pizza!

Another, lesser known immutable law of the universe is that wherever people are, there is also a Chinese place. Cameron Park, again, is no exception, and has quite a good one to boot! Serving standard fare like orange chicken and chow mein, China City also serves other, more exotic dishes, sure to please everyone!

Ready to take that last step and start your journey to making Cameron Park your new home? Give Mother Lode a call! Our crew of highly-trained professional movers will ensure your move is a stress-free process at affordable rates! Call now or fill out our online form for a free quote!