Thinking About Moving from California to Texas? Moving to a new area, whether its across the city or the entire country, is a big adjustment. Along with preparing your physical possessions, you’ll want to set aside some time to research your new home and it’s surrounding areas.

Especially in a land as vast as Texas, you’ll want to have an idea of what you’ll be dealing with on the day-to-day.

Understanding the pulse of the new city provides you with a better understanding of what to expect after you get settled in. After all, you want to make sure your new community compliments your lifestyle and habits.

Benefits from Moving to California to Texas California and Texas mirror one another on many levels. Both are some of the largest states in the country when it comes to overall land, populations and economies.

Despite these resemblances, Texas boasts many qualities that Californians currently do not enjoy.

Over the last decade, the Golden State has seen an influx of citizens ditching their properties for venues in Texas. But, what kind of people are moving to Texas and why?

To get a better grasp on the situation, let’s see how the trend has evolved over the last decade.

According to NerdWallet, more Californians are moving to the Dallas-Fort Worth Area more than residents of any other state – an average of 8,300 moving per year between 2012 and 2016.

So, what kind of people are moving to Texas, you may be wondering?

Well, to start, there is a huge migration of millennials flocking to the state. Along with people moving to Texas from California, New York has also seen a rise in youths moving to the Lone Star State.

Aside from the younger generations eager to make a name for themselves in an up and coming economic mecca, Texas is growing in popularity with middle-aged citizens, as well.

Because they are more financially secure, Texas is noticing an influx of 40-55 year-olds seeking cheaper land and living expenses. Austin has been a popular destination, being slightly more affluent than Dallas and Fort Worth.

It’s no surprise that a state with such enticing incentives is attracting individuals from all corners of the nation.

Reasons to Move to Texas

Moving to Texas from California – or wherever – is a substantial decision. It’s important that you anticipate your budget ahead of time as to better prepare your saving plan, along with accounting for time to enjoy the finer things in life. Housing – According to NeighborhoodScout, the median home value in the state of Texas is $166,374. However, home prices have been rising steadily over the last decade, especially in Houston and Austin where the media home values are $186,829 and $322,291 respectively. If you’re not ready to buy a house, consider yourself lucky because Texas has lower rental rates than most of the nation.

Utilities – The U.S. Energy Information Administration reported that the monthly utility bill in 2017 cost Texas residents an average of $122.47. The national average was almost 10% lower at $111.67. Don’t get discouraged because Texas affords many opportunities to utilize renewable energy resources like wind and solar power!

Food – Everything is bigger in Texas, including the flavor. Whether it be Tex-Mex, barbecue or chili, MIT’s living wage calculator estimated that a single adult with no children could get by on an annual food budget of about $3,000. If you’ve got a partner and two children, you can expect this number to be about $9,000. Best Places to Move in Texas Moving out of state to a new area is a decision that should not be made lightly.

A move to Texas from California is bound to save you money on taxes and housing. The blend of cultural identities will guarantee that you experience sights, tastes and sounds like never before. And, with the majority of transit routes updated within the state, you’ll have no issue getting places!

One of the toughest choices you’ll have to make is the city you want to be part of.

We’ve gone ahead and plotted the top 3 Texas cities people are moving to from California. Dallas is a vibrant and buzzing city where significant historical sites mesh with contemporary events. Coming in 9th for the largest U.S. city thanks to its population of roughly 1.3 million, Dallas is home to a number of renowned attractions including the Dallas Museum of Art.

The metropolis is great for young professionals, while the suburbs are more suitable for those looking to settle down and start a family.

If you’re moving to Dallas with kids, then you’ll have to do some research on schools. The city and its surrounding area have about 900 to choose from!

Moving to Fort Worth Ranked 16th for largest U.S. cities and among the top for fastest growing, Fort Worth and its some 800,000 residents have a plethora of amenities available to them. Citizens can spend a leisurely day at the Kimbell Art Museum, Six Flags, the Fort Worth Zoo or watching the Dallas Cowboys play at the AT&T Stadium.

Much like Dallas, Fort Worth is a popular destination for mid-level career professionals, with the median age being 32. The most common jobs in the city deal with Office & Administrative Support Occupations and the median household income is just over $60,000.

Fort Worth is a perfect destination for individuals looking to see new features of the country and families looking to lay down roots. There are also nearly 600 public schools for parents to choose from. Houston clocks in as the fourth most populous city in the nation, steadily hovering around 2.3 million residents. It is home to attractions like NASA’s Houston Space Center, the Houston Zoo, Museum of Natural Science and the Johnson Space center.

The median age in the city is 33, while the reported median household income in 2017 was about $50,900. Office & Administrative Support Occupations are responsible for employing the most residents, although other sectors like Computer, Engineering and Science have the highest paying jobs.

The sprawling area occupied by the city is perfect for go-getters looking to carve a name out for themselves. The fast-paced and ever-evolving cultural and economic elements of Houston make it ideal for entrepreneurs and professionals alike.

Houston’s schools are nationally recognized and the city itself has roughly 2,000 options from preschool to high school.

Things to Know Before Moving to Texas Checklist

Most people only move a handful of times in their lives. When you’re planning something as substantial as an out of state move to Texas, you’re going to want to know what to bring.

Having the most important items available saves time during state to state moving. Moving across the country might have your head swirling, but we’re here to help with this moving out of state checklist.

One of the best ways you can minimize the stress of out of state moving is through thorough preparation. Getting your bearings is a great first step in this process.

We recommend that you consult these following points before moving from California to Texas. They will definitely save you time and sanity prior to your relocation:

Should I Move to Texas from California?

Yes; If you’d like to maximize the value of your hard-earned dollar.

With cities featuring lower taxes, bargain housing, better schools and bustling nightlife, it’s easy to see why Texas is one of the best places to move to from California. Even the state economy is performing well and adding jobs.

Moving to Texas may seem like a big adjustment, but the similarities shared between it and California should have you feeling at home in no time.

So, whether you’re single or have a family, just starting your career or looking for a leadership position, the Lone Star State is a terrific place to lay down roots and one of the best states to move to from California.

Get started by giving us some basic information about your move for an accurate quote.

Get Your Free Quote Today! 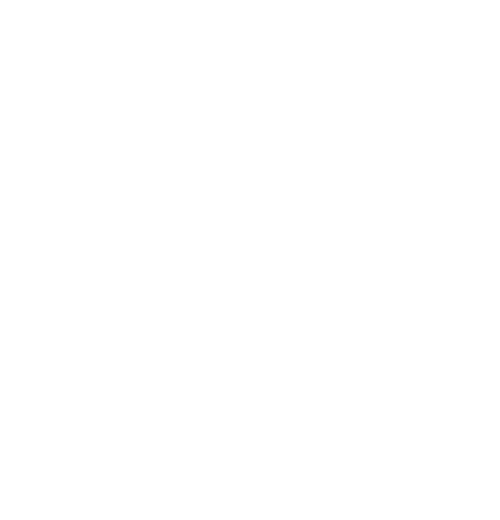