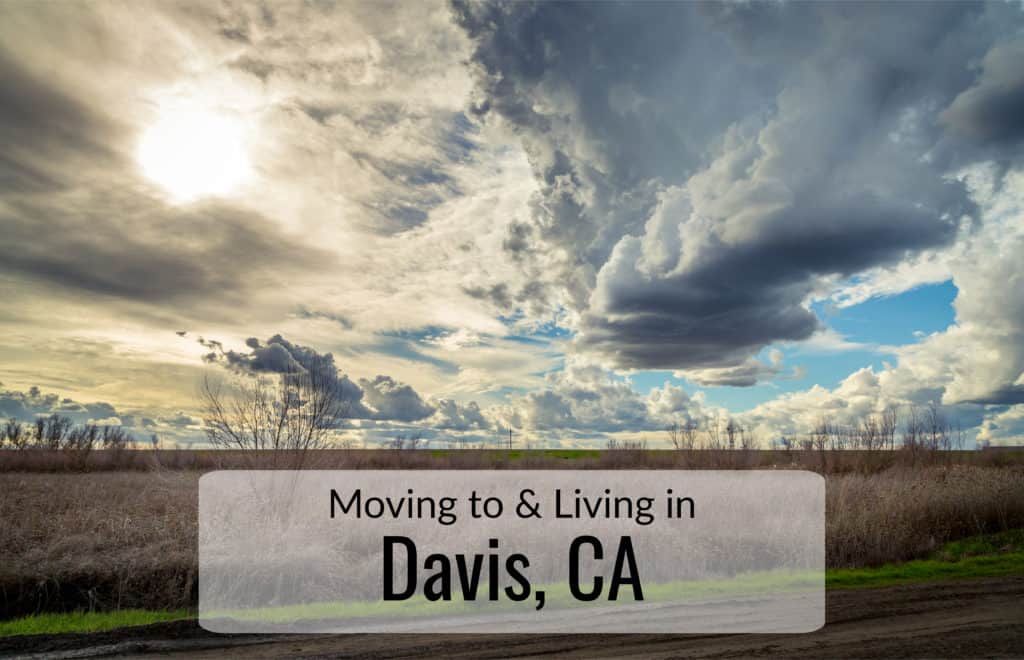 Located in Yolo County, and home to the world-famous University of California, Davis, Davis CA is a hot spot for younger folks looking for all the thrills a college town can offer. Davis has a rich history stretching back as far as the American colonization of California. Initially being a rural backwater named Davisville after a prominent local farmer, Jerome C. Davis, Davisville grew when it became an important depot for trains moving throughout the country. Davis got its current name from the local post office shortening Davisville to Davis, which ended up sticking. Being a rural community, Davis was known for excellent veterinary care and animal husbandry, and when it came time to establish the University of California system, Davis was one of the lucky few towns to be home to a brand new college in 1908. Now, Davis is a bike-friendly city with plenty of opportunity for any kind of resident.

Davis is a small city, with a population of 69,288, with 36,104 residents being UC Davis students, but is fairly densely populated at 7,000 residents per square mile. Being a trendy college town, Davis has a very low median age of only 24.6 years, no doubt primarily consisting of students at UCD. Demographically, this community is very diverse, as one would expect of a college town, with a Caucasian majority of 56% and significant Asian and Hispanic populations, being 22% and 14% of the population respectively. Davis is also a safe community, with violent crime rates being 56% lower than the national average.

If you’re someone who loves walking and bicycle-friendly cities, Davis is a fantastic place to live. Many of those living in Davis commute to work via bicycle, and the city has worked for decades to make their city more bike-friendly for convenience and environmental sustainability. Davis is also home to the United States Bicycling Hall of Fame.

Cost of Living in Davis, CA

Being both a college town and a city located in the great (but pricey) state of California, it naturally can be pretty expensive to maintain a high standard of living in Davis. The cost of living in Davis is about 46% more expensive than the national average, although it should be noted that this is mostly because of housing prices, which are about 156% higher than the national average. The median price of a house in Davis is around $694,100, a large sum even for the average Californian city, but the average Davis rent is $1,984 per month, which is far more affordable.

As with most of the Golden State, groceries and transportation are going to be somewhat more expensive than what you might expect. However, utilities are 11% cheaper than the national median, and residents can utilize Davis’ aforementioned bicycle facilities to mitigate the transportation costs.

We know it may come as a shock, but there are, in fact, schools other than UCD in Davis! In fact, there’s quite a few to choose from, from elementary to high schools. Excellent schools such as the Cesar Chavez Elementary School and the Da Vinci Charter Academy will guide your little students to success.

Of course, there’s no mentioning schools in Davis without talking about the University of California, Davis. Ranked the #1 university for veterinary medicine in the world, UCD has plenty of programs on offer that’ll satisfy any potential student. That being said, UCD is the only college in city limits, meaning that if you’re planning on going to college after moving to Davis, your options are limited unless you’re okay with a lengthy commute.

Just like the majority of California, Davis’ weather is very comfortable, being situated in a mediterranean climate. Davis gets less rain, a mere 21 inches compared to the US average of 38, and more sunny days than most of the rest of America. Another benefit of Davis’ climate is the fact that you’ll never have to deal with snow. Summers can get as hot as 94 and winters can get as cold as 39, but these temperatures are rare, and most of the year will be a nice range of high 60s to low 80s.

Moving to Davis, but not sure which neighborhood you want to settle down in yet? When looking for Davis neighborhoods, be aware that this is a college town, so some of the neighborhoods are going to be reserved for college staff or students. However, you’ll still have plenty of choice regardless!

If you’re a senior or have family members who are seniors, Rancho Yolo is an excellent senior-friendly neighborhood known for its extensive planting of trees and shrubbery. Initially founded in the 1970s, Rancho Yolo was envisioned as a community of cottages, and is a beautiful place to settle for retirees.

There are plenty of other great neighborhoods in Davis, CA. Check out a small list of the best communities in Davis below:

If you want an idea of what prices for homes in Davis is like, you can start by checking out homes for sale in Davis, CA here.

Those looking for employment in Davis will be pleased to know that wages have been increasing recently, and that there’s plenty of money to be made, particularly when working for UC Davis. The average hourly rate of Davis is $19.80, which is decently high, although this is tempered by Davis’ high cost of living.

Those seeking to make a good living in Davis should look to work on the UCD campus, particularly in the fields of research science, as well as in the healthcare industry. Registered veterinary technicians make some of the best hourly wages in Davis.

If you’re curious about what the job market looks like in Davis, check out jobs in Davis here.

Things to Do in Davis, CA

Being a college town, Davis has plenty of things to do, and some of the best attractions around. There’s also plenty of great shopping in Davis, CA, including shopping centers like the University Mall and Westlake Plaza Shopping Center. Davis is home to museums, arboretums, and more.

The UC Davis Arboretum is an expansive public botanical garden dedicated to many species of trees. Here, you have plenty of opportunities to simply walk around and enjoy the view, volunteer, and learn sustainable gardening methods, and more from this famous Davis point of interest!

If you love birds or just animals in general, the California Raptor Center will be one of the coolest Davis attractions for you! Host to a rotating retinue of around 35 raptors (the birds, not the dinosaurs), these beautiful creatures are open for public viewing every week, and if one has children, learning about birds is one of many kid-friendly activities in Davis.

Places to Eat in Davis, CA

Davis is home to some of the best restaurants in the area! No matter what kind of taste palette you have, there’ll be something to satisfy you in Davis.

Paesanos is an affluent, top quality Italian bistro sure to please any traditional Italian food lover in Davis. Choose from a variety of highly rated dishes crafted by some of the best Italian chefs in the region.

If you prefer the red-blooded American diet to stuffy old European dishes, Burger & Brew is the place for you. One part bar, one part American food, don’t think this Davis restaurant skimps on anything — the burgers are crafted with just as much care as the beer.

Tips for Moving to Davis, CA

Think moving to Davis is the right choice for you? Give Mother Lode a shot! Our Davis movers can get you settled in a beautiful neighborhood quickly and at competitive prices!