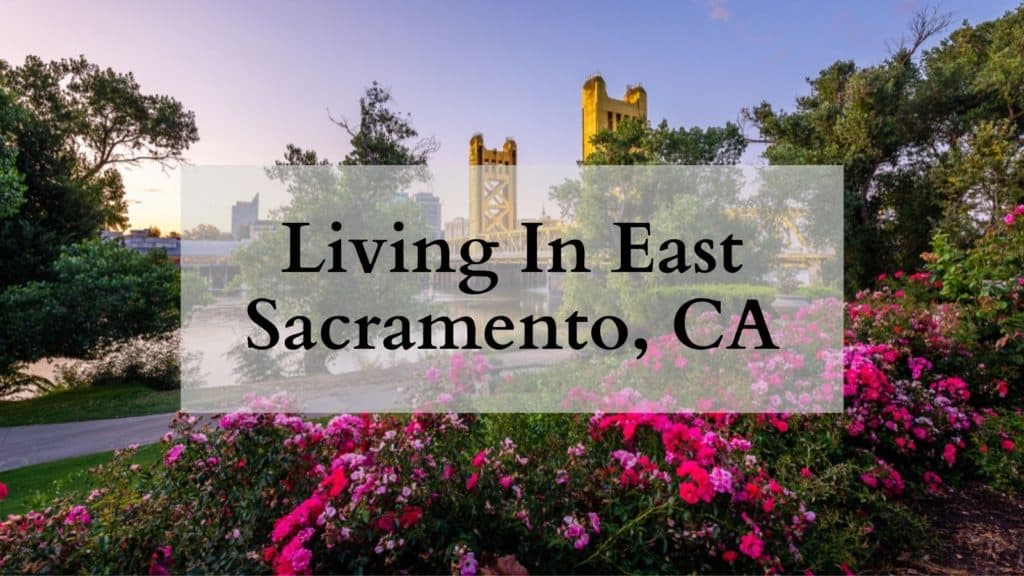 East Sacramento is an upscale neighborhood in Sacramento known for its tree-lined streets and beautiful green spaces. It’s a highly sought-after community due to its convenient location and easy access to the central freeway and the State Capitol corridor. East Sacremento’s proximity to Midtown adds to its appeal as well; residents are within walking or biking distance of the endless dining, entertainment, and social opportunities Midtown Sacramento has to offer. East Sacramento is also home to the “Fab Forties” neighborhood and the 32-acre McKinley Park, one of Sacramento’s most prized green spaces.

Development in the area that is now East Sacramento began in 1871, when the Sacramento Street Railway Company bought the land that is now McKinley Park. The railway company created a park on the land in the hopes that it would attract riders to the area. The park was surrounded by farmland until the 1890s, which is when residential development began. However, people didn’t truly move here until two decades later when East Sac was annexed into Sacramento in 1911, which brought city sewage to the area and attracted more residents.

In 1914, another development made East Sacramento into what it is today. The city’s trolley line extended into the neighborhood, and that’s when development of the “Fab Forties” began. Homes in this area have larger lots upon which stunning suburban mansions were built. Ronald Reagan lived in the Fabulous Forties neighborhood during most of his term as Governor of Sacramento. The tree-lined streets of the Fab Forties remain the calling card of East Sacramento, and they’re known throughout the area as one of the most prestigious places to reside.

East Sacramento is located to the east of downtown and midtown Sacramento. The neighborhood is bound by US Route 50 at its southern end, California State University and the American River to the southeast, Business Loop 80 to the west and north, and Elvas Avenue to the east and northeast.

East Sacramento is considered somewhat walkable, and it’s known for being very bike friendly due to the flat terrain. Though most residents of East Sacramento rely on personal cars for their transportation, public transit is available. The Sacramento Regional Transit light rail gold line runs through the neighborhood. There are several 30, 82, and 87 bus stops in East Sacramento, making stops every 30-60 minutes. The 67 and 68 buses run along the western perimeter of East Sac as well. There are also “peak only” buses that operate during commuting hours only that serve the neighborhood.

Who Lives in East Sacramento?

About 16,636 people call East Sacramento home. It’s a somewhat diverse community, with a demographic breakdown of 75.8% white, 13.8% Hispanic, 1.5% Black or African American, 3.9% Asian, and 5.0% Mixed or other races. The median household income in East Sac is $102,800. 67.6% of East Sacramento residents are working professionals, and over 88% have received their Bachelor’s Degree or higher, making it a very educated area.

Things to Do in East Sacramento, Places to Eat, and Where to Shop

There is so much to do in East Sac! Spend a day relaxing or taking advantage of the endless amenities at McKinley Park. Within McKinley Park is the beautiful McKinley Park Rose Garden, the largest and oldest rose garden in the city. Bertha Henschel Park is another beautiful East Sacramento green space that’s great for kids. With sports fields, picnic areas, two playgrounds, and a wading pool, there’s something for the whole family all year round.

When it comes to dining in East Sacramento, you won’t be disappointed. Hawk’s Public House is a highly rated lively, modern gastropub. If you’re looking for a fantastic wine list and share plates, check out Canon. For a more casual, family experience, East Sac residents love Selland’s Market & Cafe for their fast and delicious options.

East Sacramento isn’t lacking great shops! Article Consignment Boutique is a neighborhood favorite. Sisu is an upscale, appointment-only womens’ clothing and accessory boutique. If you’re into antiquing, the 57th Street Antique Mall is a fantastic option! The mall has over 70 vendors with treasures of all kinds. And if you’re looking for original artwork for your East Sac home, go to Fe Gallery on 65th St. Visitors can browse art from local and nationally recognized artists, or attend a workshop at the on-site metal studio to learn and create.

There are also plenty of community events to take part in when living in East Sac. Since 1973, residents of the Fabulous Forties have opened their homes during the holiday season for the Sacred Heart Parish School Holiday Tour. Proceeds go toward students in need of tuition aid. The neighborhood also hosts the annual Run to Feed the Hungry, which benefits the Sacramento Food Bank.

The East Sacramento real estate market is very competitive. Real estate prices have gone up over 34% in East Sac since last year. The median sale price for a home in East Sac is $853,000, over twice the average price in Sacramento overall. Homes usually go to pending in less than two weeks, and sell at 1% over asking price. Prospective residents will have some charming options to choose from when house-hunting in East Sac. The neighborhood is known for its architectural diversity, and includes homes built in the Craftsman, Tudor, Colonial, and even Mediterranean styles. If you want a home in the area, jump on it quick when you find one you like!

Relocating to Sacramento? Consider the beautiful, friendly East Sacramento neighborhood! When it’s time to make the move, give our top-rated professional movers a call. We’re the best, most trustworthy movers in the Sacramento area!