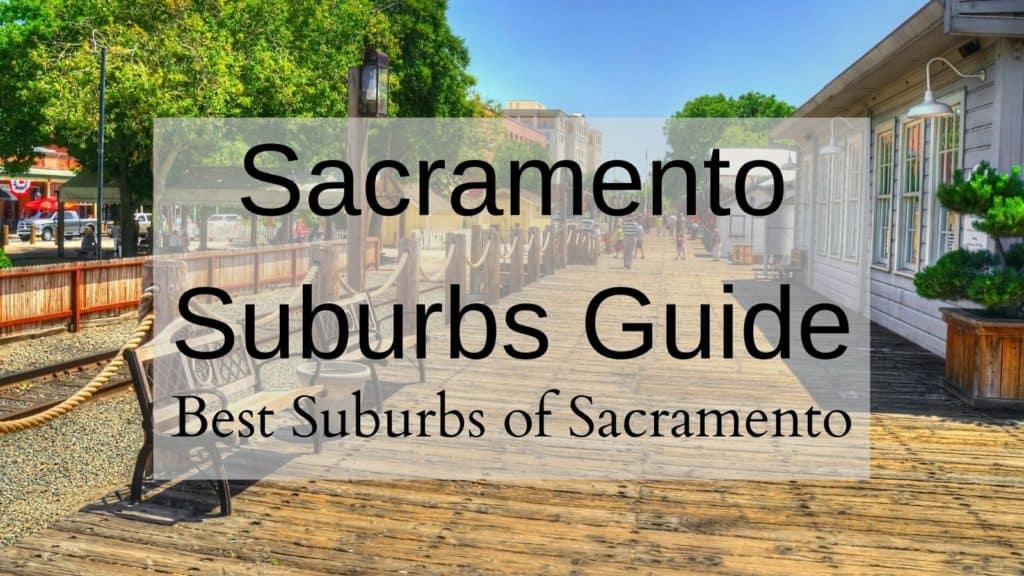 Located along the American and Sacramento rivers, the city of Sacramento is known for its great quality of life and affordability compared to other major metro areas of California. The City of Trees is one of America’s most diverse cities and one of the best places to retire. While Sacramento neighborhoods have tons to offer, you may find a lower cost of living, better amenities, and more space by exploring the suburbs. The difference between the two is neighborhoods are within the Sacramento city limits while suburbs are outside the limits and usually cities of their own. Which Sacramento suburbs are the best? Here’s a comprehensive guide to the best suburbs in Sacramento depending on what you’re looking for.

Davis is frequently ranked as one of the best places to live in Sacramento and all of California. It’s best known as a college town and it’s home to one of the University of California’s largest campuses. This contributes to the city’s reputation as America’s second most educated city and one of the region’s most diverse communities with residents from around the world.

One of the most unique things about this Sacramento suburb is the popularity of biking. Davis is a bicycle-friendly city with a huge network of bike paths, bicycle lanes, and grade-separated crossings along with a fairly flat terrain.

Davis maintains its small-town feel yet offers an exciting downtown with museums, art galleries, and entertainment venues. There’s always something happening in Davis with frequent events like the annual Picnic Day and the Davis Farmers Market. One drawback to living in Davis, CA is the cost of living: housing is pricey in comparison to the median income and tends to sell quickly.

Folsom is more than a prison and a Johnny Cash song; it’s a beautiful retreat from the city. Folsom is known to locals for Folsom Lake College and Folsom Lake, a stunning reservoir 25 miles outside Sacramento with sandy beaches, swimming, boating, and more. If you love the outdoors, Folsom, CA is the place to be. 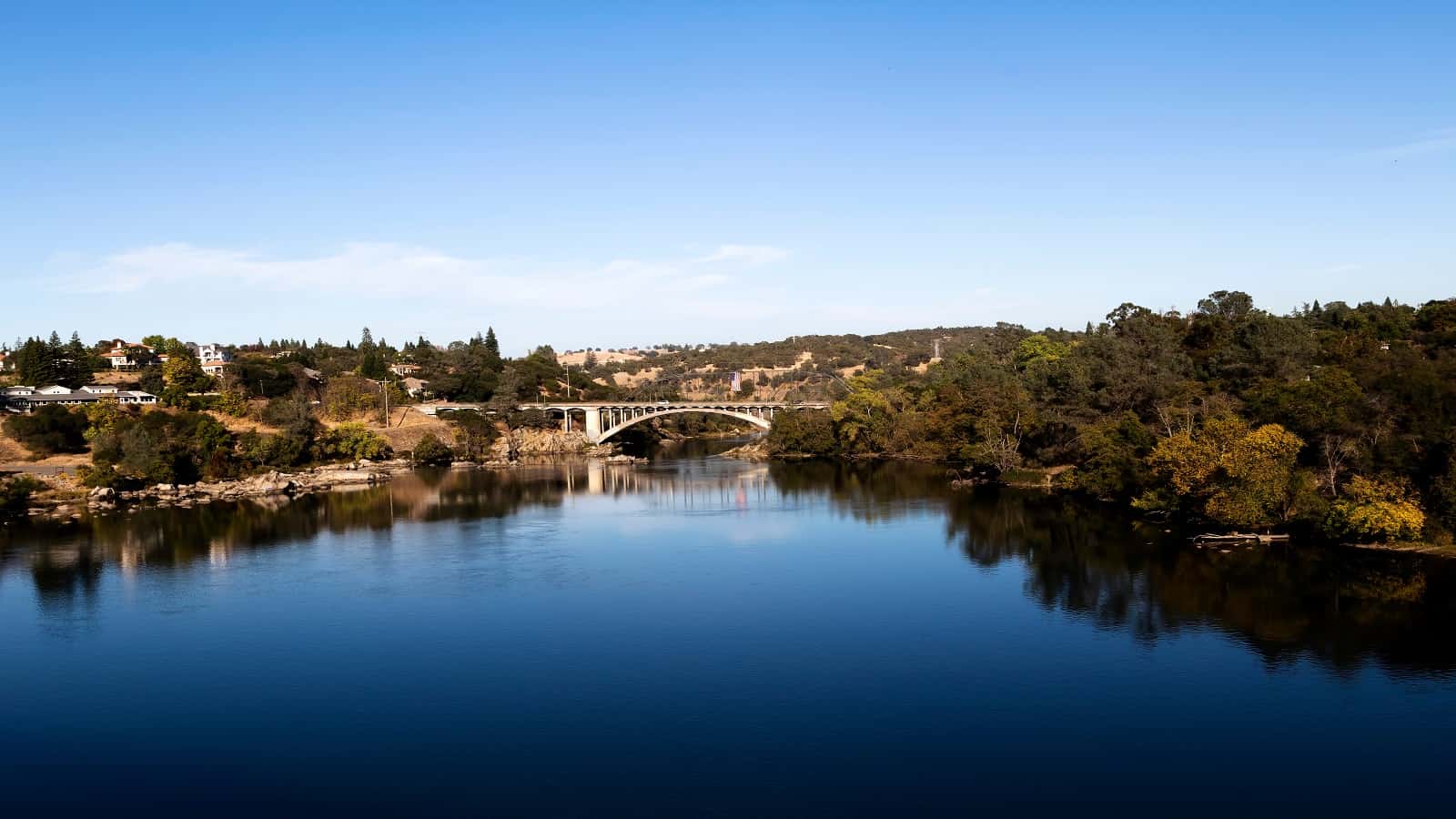 Popular with families and college students, Folsom has plenty of fun attractions outside the lake. Residents enjoy the Folsom Kid’s Castle Park and the Folsom City Zoo. There’s also the Folsom Aquatic Center which is open year-round with a lap pool, massive outdoor aquatic play center for kids, swim lessons, and summer programs.

El Dorado Hills was originally developed for families of aerospace employees. Today, it’s a popular suburb for people working in healthcare and tech, most notably Blue Shield and Intel. It’s one of the best places to live in Sacramento for a mix of outdoor recreation, entertainment, dining options, and a great selection of housing.

El Dorado Hills has a busy Town Center with restaurants, fountains, and a movie theater. While living in El Dorado Hills, you’ll enjoy frequent community events like the Art and Wine festival. Folsom Lake is at the north end of the city with boating, swimming, and trails to explore.

While El Dorado Hills has among the highest home prices of popular suburbs of Sacramento, it also has one of the highest median household incomes.

Carmichael, along with the neighboring Sacramento suburbs of Orangevale and Fair Oaks, is notable for its high share of residents over 65. 1 in 5 people in Carmichael is over the age of 65 with many assisted living centers in the area. In recent years, the county has given Carmichael much-needed improvements with a downtown that’s been revitalized with new sidewalks along Fair Oaks Boulevard and the new Milagro Centre, a restaurant-based spot to gather with friends and socialize.

Seniors love Carmichael because it’s a quiet place to live in Sacramento with a lower cost of living and all of the amenities you could need. It’s close to the American River, CSUS, and shopping with housing that runs the gamut from million-dollar mansions to cozy cottages with lots of land. You’ll find homes in this suburb are far more affordable than the hot suburbs of Sacramento like Folsom so don’t overlook its charm.

Looking for an affordable place to live near Sacramento? Look no further than Rancho Cordova which boasts home prices well below average for the Sacramento area. That doesn’t mean you’re sacrificing quality of life or safety, however; Rancho Cordova is likely to become a hot market soon.

New Rancho located south of Highway 50 is the place to be for young families and millennials. The new section of the city boasts affordable housing, including smaller urban-style homes. You’ll also enjoy a great job-to-housing ratio, a problem that plagues some suburbs in Sacramento where commutes can be long. New Rancho Cordova is home to an industrial area, office buildings, and several tech companies. There’s even a Barrel District, a growing craft beer scene with several brewhouses.

There are also plans to make Rancho Cordova even better. The city, which only incorporated in 2003, has plans to transport a light rail station area close to a community college into a mix of retail, office space, and housing.

Rocklin – One of the Safest Sacramento Suburbs

Rocklin is one of the best suburbs of Sacramento for families with top-rated schools and a high safety rating. This suburb is one of the top 20 safest cities in California with a crime rate 46% lower than the California average. If that’s not enough, Rocklin was even named the 7th best place to live in California based on quality of life, housing, employment opportunities, and education.

Rocklin is about 23 miles northeast of Sacramento. This family-friendly Sacramento suburb has more to offer than safety and great schools: it’s also home to tons of things to do for the whole family as well as great restaurants. You’ll have plenty of local parks to explore like Johnson-Springview Park and Quarry Park with a ropes course and live events. At Quarry Park Adventures, the whole family can try zip lines, rock climbing, and paddle boating at the granite quarry pond. Here’s what you can expect if you settle in Rocklin, CA.

Elk Grove, CA seemingly has it all, from affluent neighborhoods and affordable housing to great public schools and parks. It’s become a mecca for young adults, families, and even entrepreneurs. It was recently named second in the United States for millennial homebuyers with a millennial homeownership rate of almost 61%. It’s also one of the biggest suburbs of Sacramento with a thriving population of more than 160,000.

What draws millennials to this growing suburb of Sacramento? Its affordability ranks high on the list. Don’t be fooled by the average home price: there are plenty of starter home options in the city. Just be aware that homes in this competitive city tend to sell very quickly! It also boasts an award-winning public school system and almost 100 parks which means any neighborhood you choose is likely a winner.

The city of Elk Grove has also made many recent improvements to infrastructure to accommodate the city’s growing population including the brand-new Elk Grove Aquatics Center. The center boasts the region’s biggest competitive pool, an instructional pool for lessons, and an incredible recreational swimming pool with a lazy river and two water slides. Find out more about what you can expect if you decide on Elk Grove with our guide to living in Elk Grove, CA.

The city of Roseville, located 19 miles northwest of Sacramento and just off I-80, is the largest city in Placer County, CA and one of the best suburbs of Sacramento to explore. This family-friendly city is known for its recreation, affordability, and great schools with so many things to do. 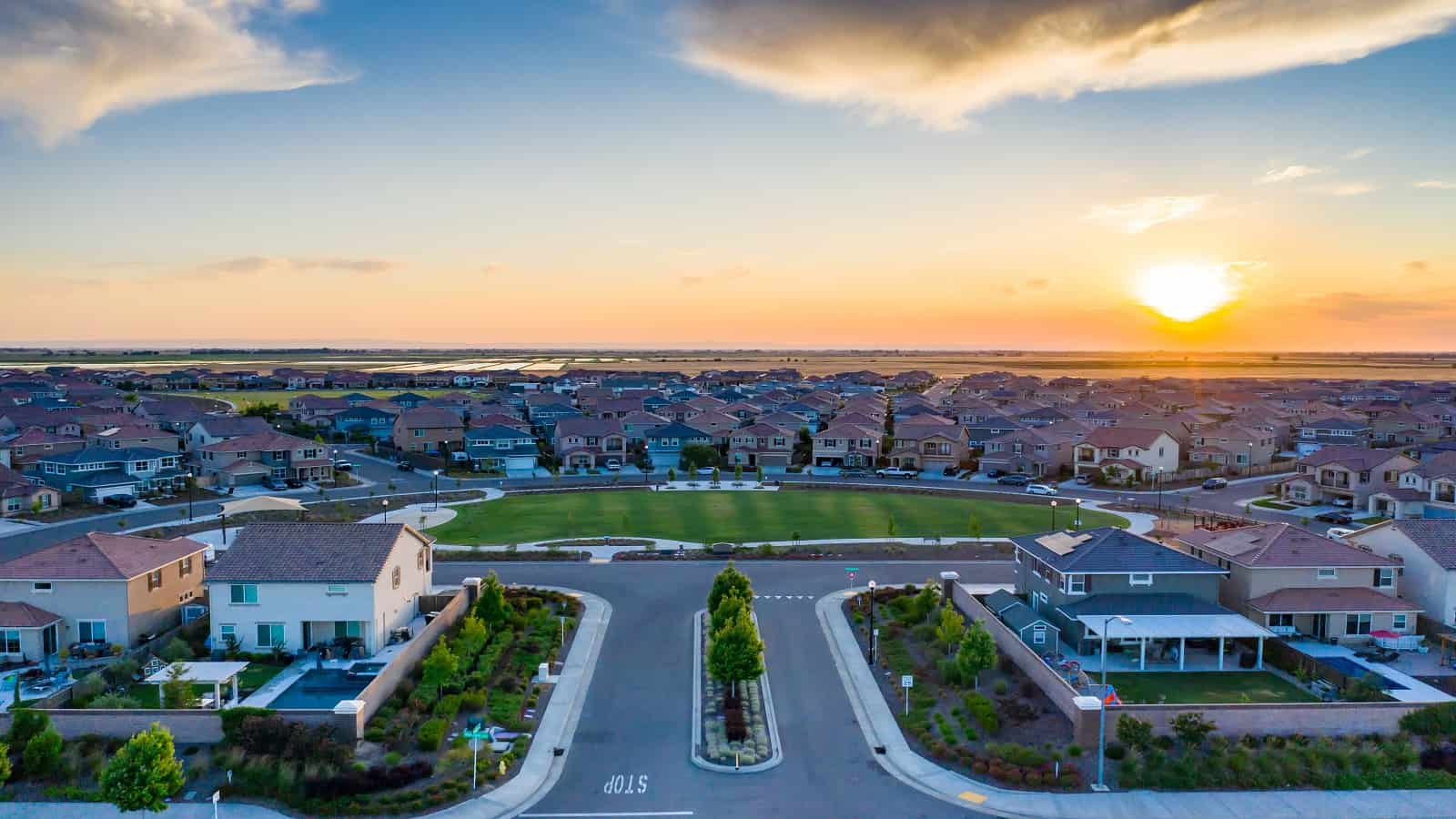 Named as one of the healthiest cities in the U.S., Roseville is big on amenities. You’re near Folsom Lake, a fun nightlife with exciting bars downtown, and the huge Galleria Mall for shopping. Roseville is also home to Golfland Sunsplash, a waterpark and amusement park with mini golf, laser tag, and water slides.

Have you settled on a great Sacramento suburb to call home? Get the help you need on moving day with the award-winning Sacramento movers at Mother Lode Van & Storage! Give us a call today to get your free moving quote.